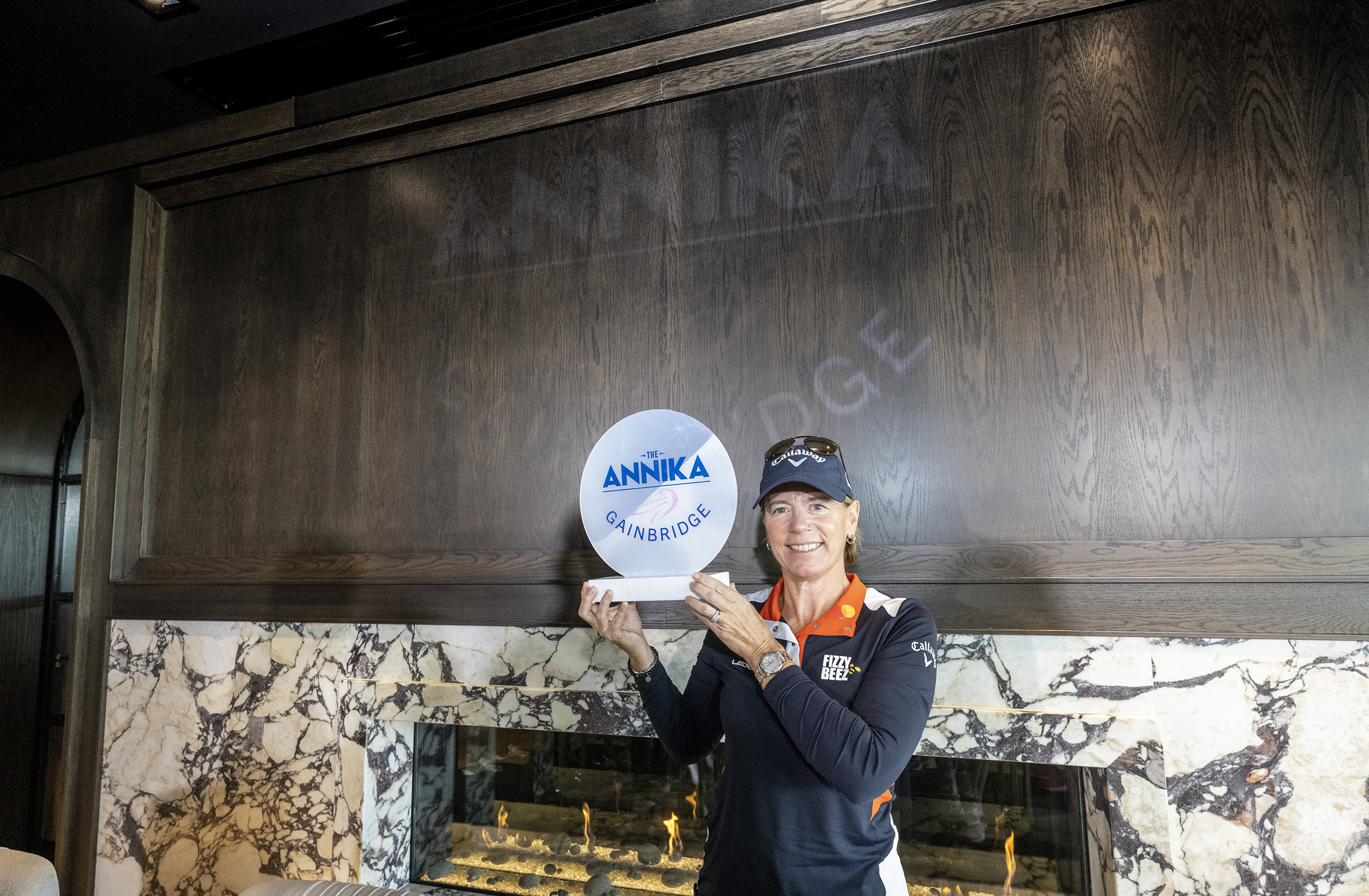 On Tap in 2023: Annika Onboard at Pelican

BELLEAIR, Fla. ­– Days before a first tee shot will be struck at the 2022 Pelican Women’s Championship presented by Raymond James and Konica Minolta, already there is blockbuster news regarding next year’s event at Pelican Golf Club: Annika Sorenstam, the best women’s golfer in the game’s modern era, is joining “the Dream Team,” adding her name to the tournament’s title.

Dan Doyle Jr., who co-founded Pelican Golf Club with his father, Dan Sr., constantly is working to make the club’s third-year LPGA event better, and by adding Sorenstam to the mix for 2023, he has done that. Gainbridge, a seven-year sponsor on the LPGA Tour, will join in as the event is rebranded next November as THE ANNIKA driven by Gainbridge at Pelican. Sorenstam was at Pelican Golf Club early Tuesday afternoon for the announcement.

Sorenstam becomes the second LPGA Hall of Famer (after Mexico’s Lorena Ochoa, namesake of the Lorena Ochoa Invitational from 2008-17) to attach her name to an LPGA event. Her ANNIKA Foundation will be beneficiary. And if you know anything about Sorenstam, know this: She will take a very active and energetic approach to her newest role.

“Some of the funds that we're going to raise next year is actually really going back to the girls that will be playing here in the future,” Sorenstam said. “It really comes full circle. That's really what I do nowadays, is spend a lot of time growing the game of golf and inspiring young ladies around the world to live their dream, kind of like I do.”

Along with a name change, the event will increase its purse from $2 million to $3.25 million, making it one of the most lucrative non-majors on the LPGA. Doyle doesn’t wish to stop there.

Sorenstam won 72 events in her LPGA career (and 90 events worldwide), which included 10 major championships. She stepped away from competition in 2008 at the age of 38 to turn her attention to her family and several new business ventures. She and her husband, Mike McGee, have two children. (Sorenstam and her son, Will, who is 11, will be playing in the PNC Championship in Orlando Dec. 15-18, where Tiger Woods and his son are expected to compete.)

Being attached to an LPGA event, and having her name on it, not only strengthens Sorenstam’s legacy as she looks to give back to a game that has been so good to her, but allows her to further strengthen her foundation, which promotes golf around the world and encourages children to live healthy lifestyles. She and McGee had worked hard to find a tournament that was the right fit. At Pelican, they found it.

“For everything to come together, this is somewhat in our backyard (the family lives in Orlando, less than 2 hours away), and to continue to be part of the LPGA with people that dream big and share the same vision is really important,” Sorenstam said.

Gainbridge is a digital platform that provides customers access to annuity products. The company initially sponsored an LPGA event in Indianapolis for three years, starting in 2017. The event was moved to Florida in 2020 (Boca Rio), was staged at Orlando’s Lake Nona Club in 2021 (Sorenstam played in the event) and returned to Boca Rio last winter, where Lydia Ko won.

Gainbridge’s LPGA sponsorship dollars will shift to Pelican Golf Club in 2023. Dan Towriss, CEO of Group 1001, parent company of Gainbridge, called his company’s affiliation with Sorenstam “a dream come true.” He said Gainbridge wants to support women’s sports and increase participation in golf. Towriss said 60 percent of the company’s customers are women. “Why would 90 percent of our sponsorship spend be on the men?” he asked.

“I think what Annika has meant to women's golf and her impact on the sport, we're so proud to be associated with her, and we think the order of the names (Annika Gainbridge) is exactly right,” Towriss said.

“I think, again, we'll get out and activate. Gainbridge will get its due. But this is about Annika and what she's meant to the sport, and that's the way -- that certainly is the way we wanted it.”

LPGA Commissioner Mollie Marcoux Samaan called the 2023 purse increase at Pelican to $3.25 million “a big moment.” She noted that Gainbridge next year will sponsor not only Sorenstam, but tennis legend Billie Jean King and the Billie Jean King Cup. To honor Sorenstam with her own LPGA tournament is a development “long overdue.”

“I think it's an inspiration to women and girls around the world, and that's really what we are trying to accomplish – $3.25 million is a lot of money to be playing for, and it matters,” she said. “It really matters for our players, and so we're just wildly grateful for this, and can't wait to get going.

Sorenstam, for her part, can’t wait for next year, either. Tuesday, she seemed embarrassed to hear others refer to her as the “GOAT” – or greatest of all time – but that’s the reality that surrounds her great accomplishments.

“Yeah, I'm excited,” Sorenstam said. “This is ... I wouldn't say another trophy for me, but it's close. It's a different type of trophy. Nowadays that's what I play for, and this certainly belongs at the very top.”